I almost decided to write another BiteSized, but I felt that’d be pretty lame, so here we are with a normal post 😛

So we had F1, Formula E, IMSA, PWC, Indycar and Blancpain in action this weekend, but I wanted to touch on Formula 1, because we actually had some exiting racing at the end.

It started very much like normal, with 1 car out front in the first stint, and some pit strategy allowing another car in front afterwards blah blah BORING.

Enter Gasly hitting his teammate, Hartley, in the Turn 14 hairpin, which resulted in an explosion of carbon fibre. So much of the material was laid out on the racing line, that they threw the safety car out to clean it.

Now, Mother Red Bull team decided to pit under the SC and get on some softer, fresher rubber. They were then all over the back of the other cars when the race went back to green. Verstappen and Ricciardo were passing the Ferrari’s and Mercedes like they were Williams cars. Verstappen screwed up not once, but twice, in which the latter incident ruined Vettel’s race after getting tagged by the Dutchman and flash heating the rear tires trying to get turned around.

The end result was a Ricciardo victory, and an Aussie-full-of-Finns podium with Valteri and Kimi joining him. Hamilton finished 4th and Vettel finished 8th, behind Verstappen (even with a 10s penalty for hitting Vettel) Hulk and Alonso.

These are more or less, the races that Formula 1 needs: 3 teams and 6 drivers each with a shot to win any given race. Regardless of how this particular result happened, they need to figure out how to make this a regular occurrence. I’m not saying that Formula 1 needs to start throwing phantom SC’s, like NASCAR seems to do fairly often, but it’s something they need to work on.

I’ll wrap up this post with a quick summary of the other races that happened this weekend:

PWC: That was on this weekend?

Formula E: Terrible track (this will be the focus of my next SPO)

0 comments on “For Once; Some EXCITEMENT!” 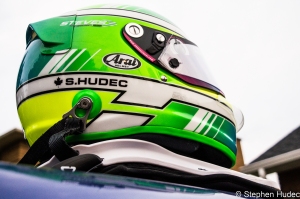